On May 4, 2016, I boarded the MV Elisabeth-S headed to my new home in South America. After booking the trip, I counted the days to my escape. It felt like forever and too fast all at the same time.

A week before my departure, I contacted the port agent in charge of keeping me informed about the ship who told me it would arrive on May 4th instead of the original date of May 5th and my new boarding time was 8am. I was already planning to be in Fort Lauderdale at least three days early anyway so the new departure date was not an issue. 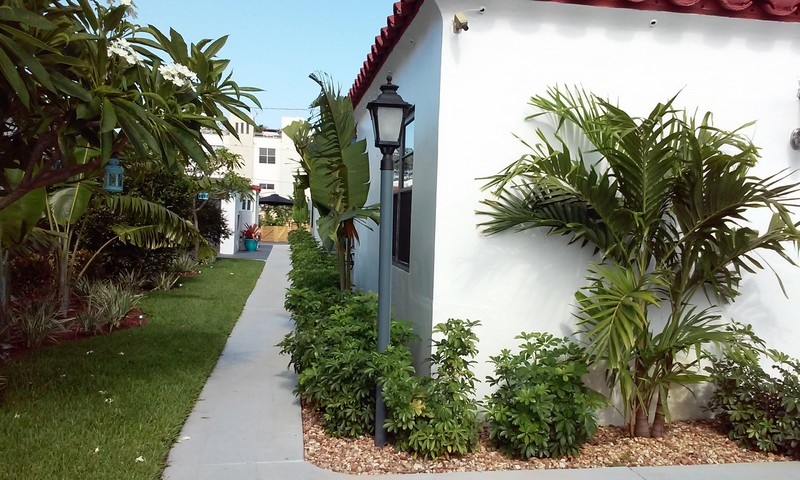 On May 2, 2016, I arrived at the Oasis Hotel, a nice little boutique hotel in Fort Lauderdale, and checked in. It was small and picturesque inside the barrier of the newly constructed fence. It was also cheap and not far from the port. Perfect.


I stalked the movements of the ship after registering on MarineTraffic and adding the ship to my fleet from the time I arrived. The site tracks the movements of cargo ships in real time; providing full details about the ship including where it is and where it's heading. It even sent me emails whenever the ship arrived or left a port and served as a great way for my family and friends to track the ship during my journey.

I watched the interactive map as the cargo ship sailed nearer. The closer the time came to leave, the more nervous I became. Wow, was I really going to get on a cargo ship and leave my home country behind?

The day before departure the port agent contacted me because the ship was delayed. My new boarding time would be 1pm on the 4th. Not too bad.

On the 4th, I waited anxiously for my ride. Like clockwork, the transportation company arrived on time, helped me load my bags and we began the 7 mile journey to Port Everglades in the pouring rain. The closer we got to the port, the more fearful I became. It was the fear of the unknown. What kind of experience was I about to have?

When we arrived, I expected lots of delays, passport handling and baggage searching but there was none of that. We weaved through the enormous port stopping only once at a security booth for the driver to flash her clearance badge. 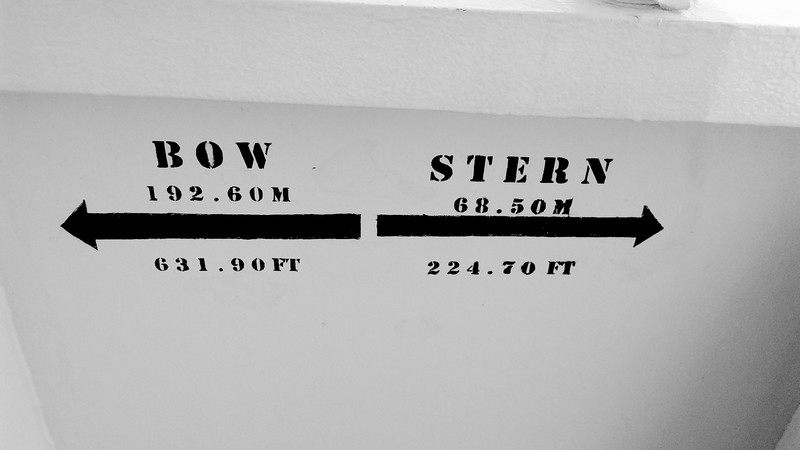 Then we were there; in front of a beast of a cargo ship that I'm told is only a medium sized ship. I couldn't help but wonder what a large ship would look like if this one was considered medium sized. That question would be answered later during our journey through the Panama Canal.

I was greeted by several smiling crew members who each grabbed a bag and ran it up the stairs as if it were nothing. My 36" rolling duffel, however, was another story. There were some surprised and nervous smiles when they grabbed the massive bag I'd stuffed to the hilt. There was a long debate about whether or not they would have to use the crane to get it on board. However, it only took a few of their strongest men to get it on the deck with the rest of my luggage. I don't even know how I got it in the car or the hotel. I must have beast moved it. 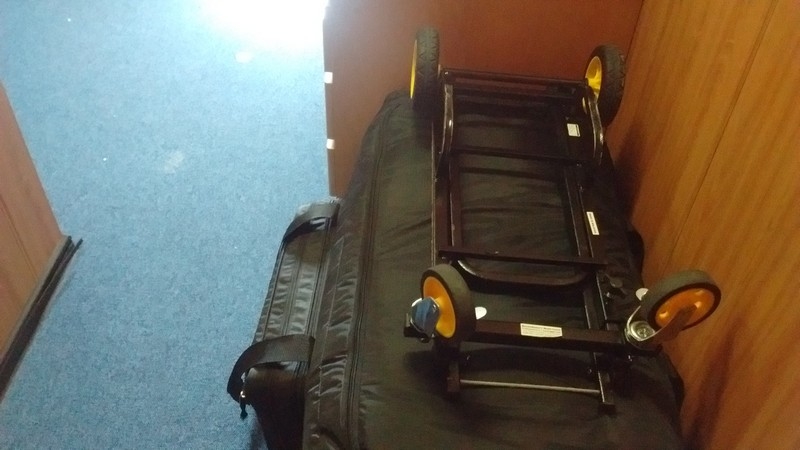 With my luggage on board, I took a deep breath and followed after it. I was out of shape and carrying a backpack full of books and coins on my back when I ascended what looked like an aluminum ladder with wobbly, fun house railings. Nevermind the fact that the ropes on the side weren't tight, so I couldn't hold on to them like a handrail and nevermind the fact that the stairs swayed from side to side as I climbed them. I thought I was going to go into cardiac arrest and dramatically fall over the side into the deep waters below. I was all but dead when I reached the deck. Of course the crew went up and down with great ease and finesse. They should have used the crane to get me on board. Ha!

In the meeting room just past the entrance, I met the captain; a nice man with a gentle and easygoing disposition. He was dressed so casually, I would never have pegged him as the captain but then again, all of the officers and crew were dressed casually. Actually, I have no idea what I thought they would be wearing. He was all smiles when he introduced himself, as was his Chief Mate. They were nothing short of professional the entire time.

I spent the next several minutes in the meeting room signing paperwork while the Chief Mate made a copy of my passport and yellow fever card. Then after a short ride on the elevator, I was lead to my cabin where my bags were already waiting (yaaay!). I was given the key and left to my own devices. 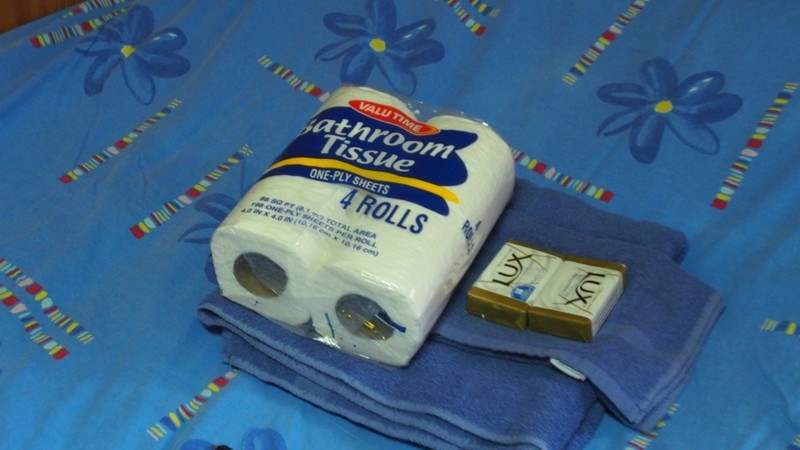 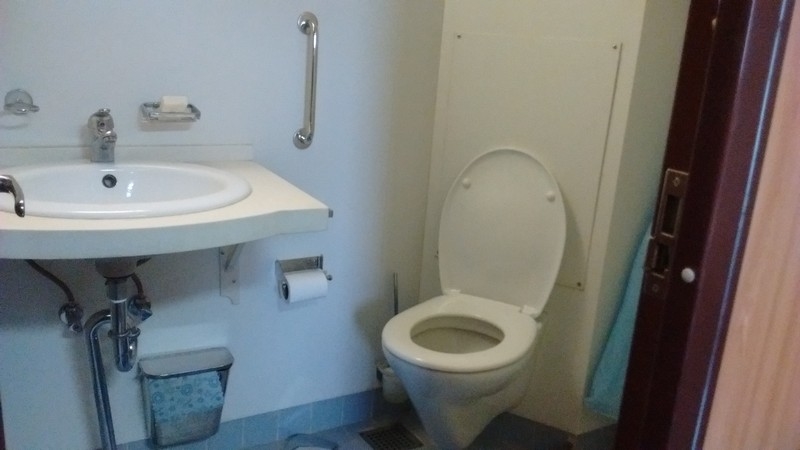 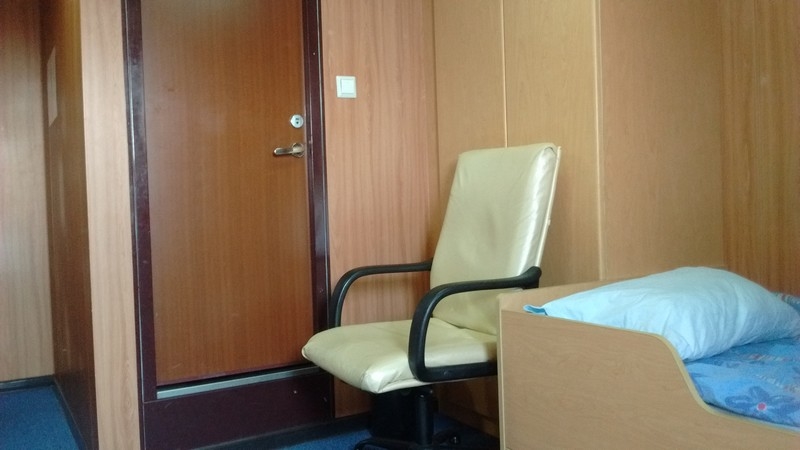 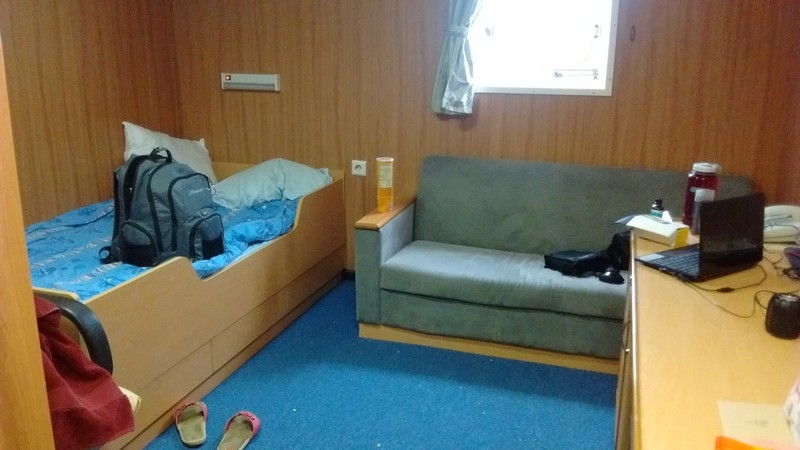 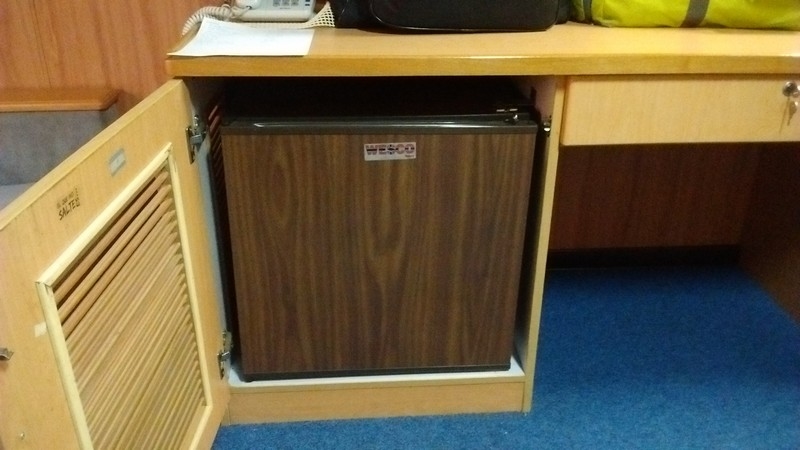 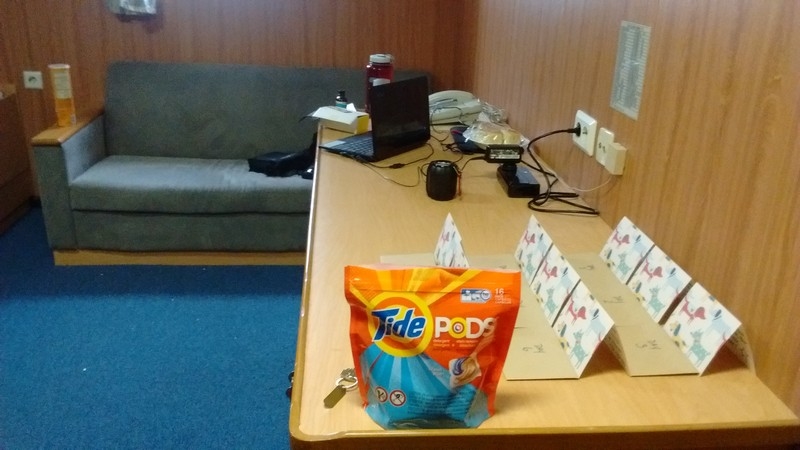 I couldn't have hoped for a better room. It was spacious, comfortable and had everything I needed for an 8 day journey. There was a nice bed with a reading light, en suite bathroom with shower, a closet, a very comfortable couch, large desk, a chair and a small fridge. Towels, soap, toilet paper and bedding were also provided. I only had to ask for more when needed.

I'll be honest, jumping on a cargo ship headed to unfamiliar land didn't get real until I was sitting in my cabin. It was both exciting and emotional. I had never been to South America; not even on a scouting trip. I just picked a place, packed up and left. I had tears in my eyes as I sat in the large, desk chair wondering what the hell I had done.

I made a few parting phone calls then turned my cell phone into a wifi hotspot, connected with my laptop and let my family and friends on Facebook know I made it on the ship. I fired off post after post of photos, video and feelings as the excitment mixed with fear and hope raged on. But my wonderful family and friends were with me all the way. They offered tons of love and support that brought me to tears. Even people from school, I hadn't seen or talked to in over 20 years were offering supportive thoughts. It was magical. I no longer felt alone.

It was almost 9pm when the ship set sail and I was able to keep in contact with my family and friends for several hours afterwards. Once we were too far out, I lost the connection. It would be days before I could reconnect and share my tales of a wonderful journey...