Did you know that in 1928 some nutty fella named Richard Halliburton swam the length of the Panama canal for shits and giggles? He paid a whopping, weight-based 36 cent toll and swam his little heart out. I was excited about going through the canal but not so excited I was going to swim it.

No, my journey through the canal was just shy of nutty but more adventurous than a casual entertainment-filled cruise. 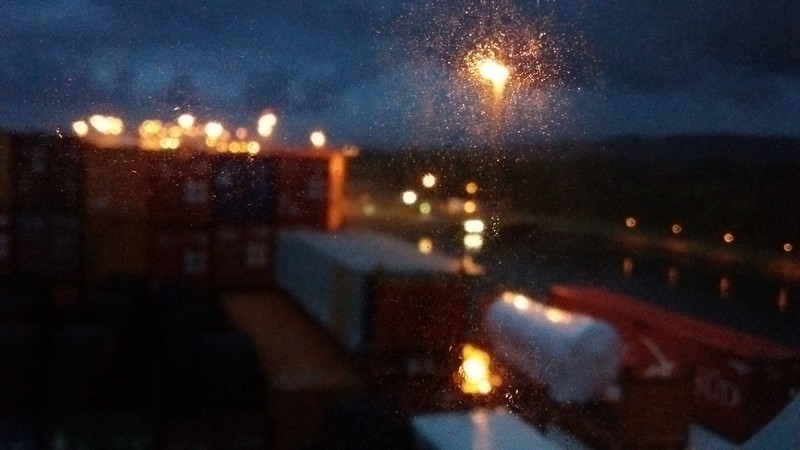 I woke up early on Canal Day …seriously like at 5:30 AM! I’m glad I did because we were the next in line for the first lock when I arose. I stood on the couch looking out my window at the giant ship in the first lock in front of us. The sky was a beautiful dark blue that faded to lighter shades as time went on. I only peeled myself away from the window when it was time for breakfast. 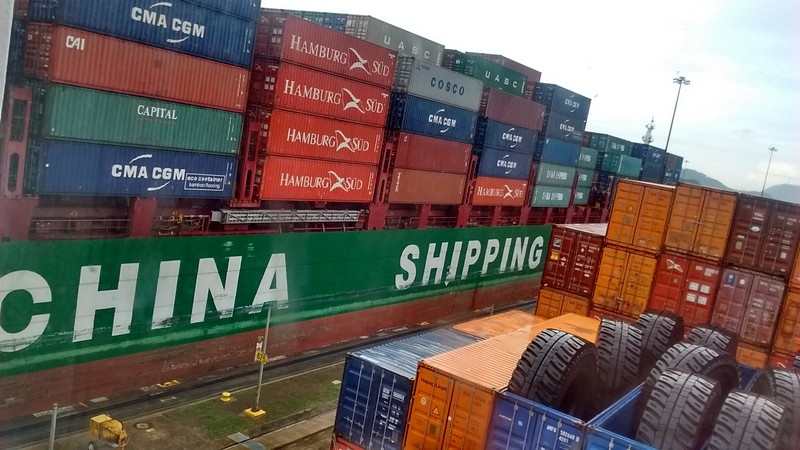 It would take hours and lots of rain to get through all three locks of the Panama canal.

Ship captains are not allowed to pilot their ships through the canal. So a Panamanian Captain and crew boarded our cargo ship and navigated it through. The canal isn’t some free for all giant, river-like, waterway. It is massive but there are lanes; some of them very narrow. The Panamanian Captain, a jovial guy, carefully piloted the ship along the narrow lanes. 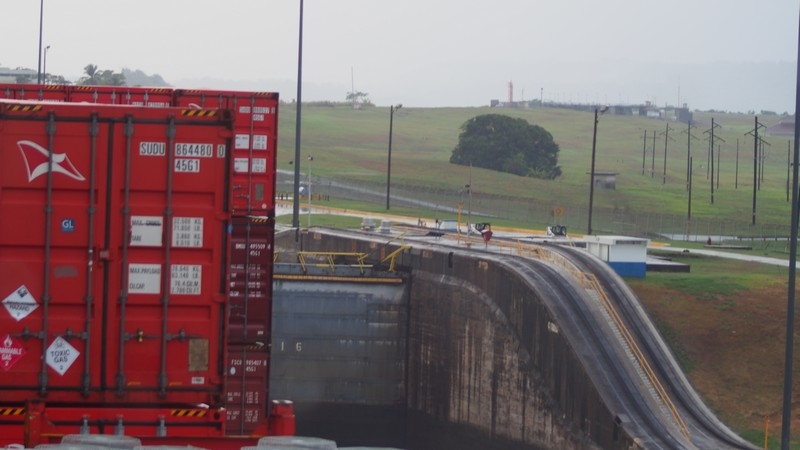 This trip through the canal was also the first time I was able to get back online since leaving the port in Fort Lauderdale, Florida. When the Panamanian Captain and crew came on board, they brought with them an individual who was selling SIM cards for Claro. Claro, a Mexican company, is a popular cellular service provider throughout Central and South America. 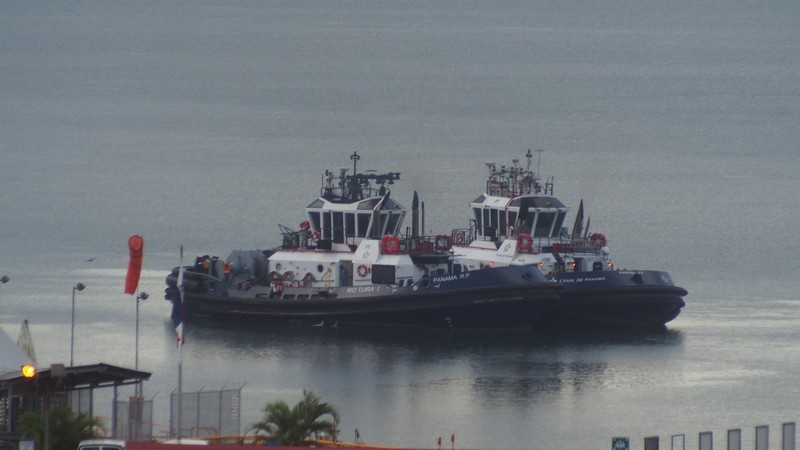 This is where my exposure to the simple supply and demand culture of South America began for me. I waited in line to buy a SIM card with the rest of the ship’s crew. They all needed one too. I paid $8 for a SIM card from a smiley, young fella who showed me how to activate the card then asked me a million questions about where I was from and why I was on the ship. I answered as best I could and was on my way.

Once the card was activated, I was able to get online and inform my family and friends about my location and give updates about my trip. I was also able to add more credits to the SIM card as well so I could continue to stay online longer and still have credits when I reached my destination. I was able to stay connected to the internet during the entire journey through the canal. 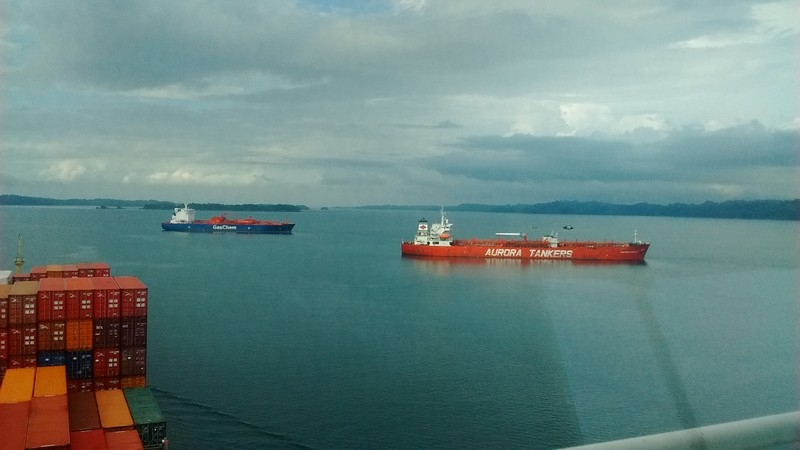 I loved being in the Panama Canal! I love cargo ships like I love trains. I was amazed to see so many cargo ships in one area and even more amazed to have a close-up view of the different types and sizes. There was a buffet of ships in the canal for any cargo ship enthusiast to enjoy. 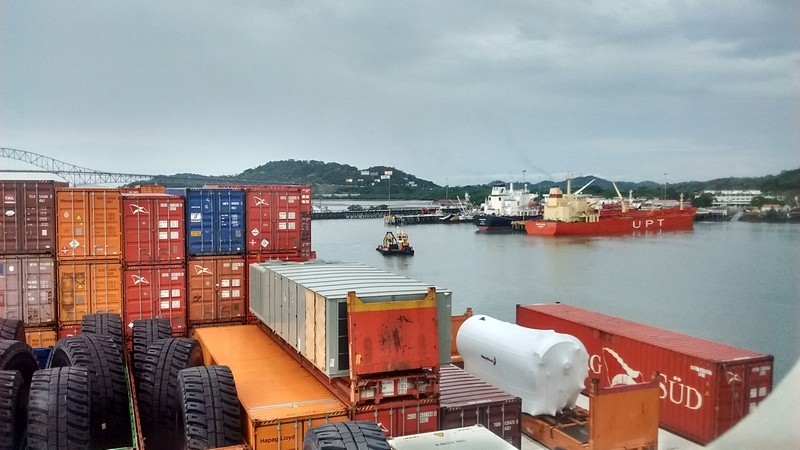 It was also wonderful to get a unique view of the canal while on the ship instead of a ground tour. I got an eye full of how the locks were designed and how they worked to raise the ships. It was all so fascinating.

It rained on and off while we drifted slowly through the canal. The waters were a muddy, clay-colored brown in most places. The view from within the Panama canal was of water, forest and an occasional work area with buildings, parking lots and tug boats. 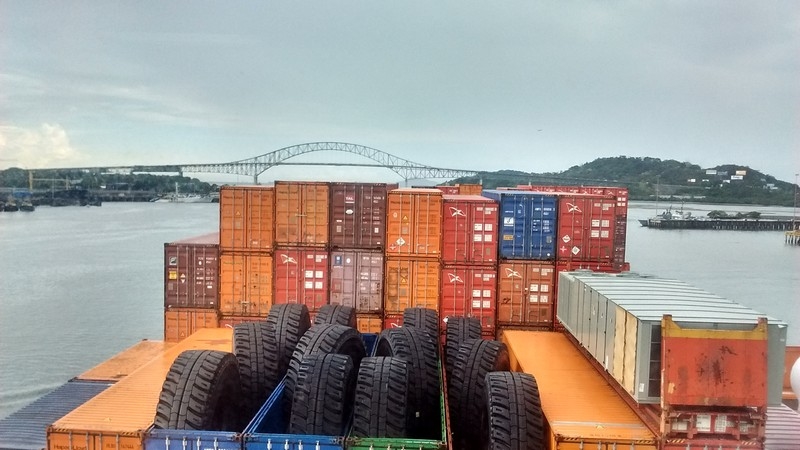 By 3:30pm, we were exiting the Panama canal. The internet signal was fading, the sea of ships diminishing and we were soon back in open waters, sailing toward the Western coast of South America. 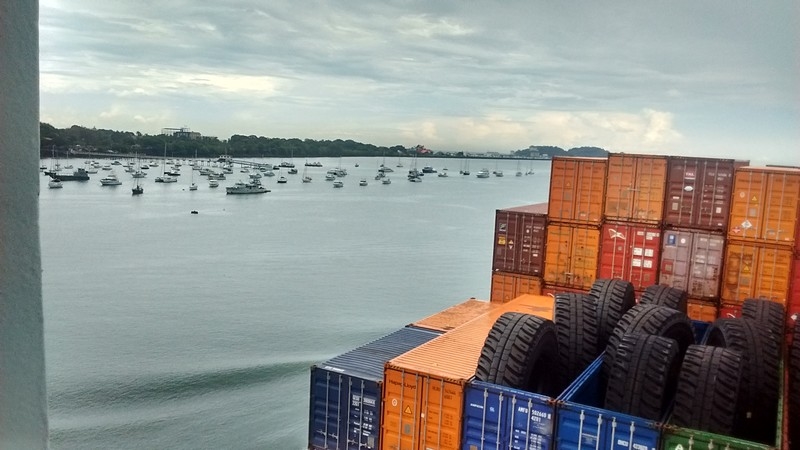 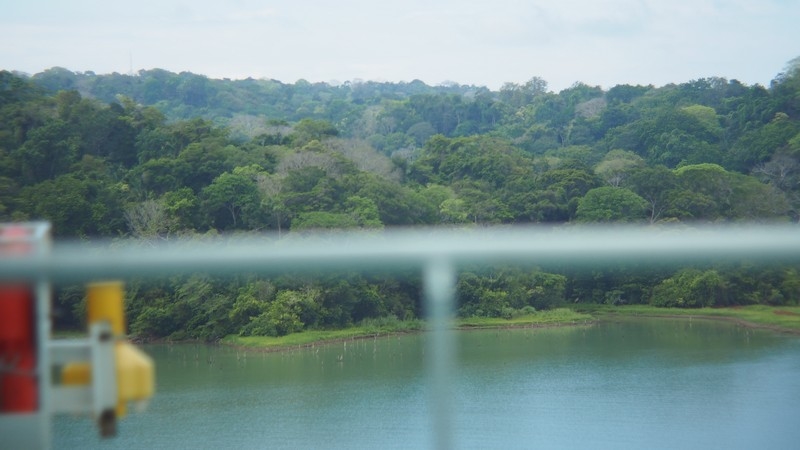 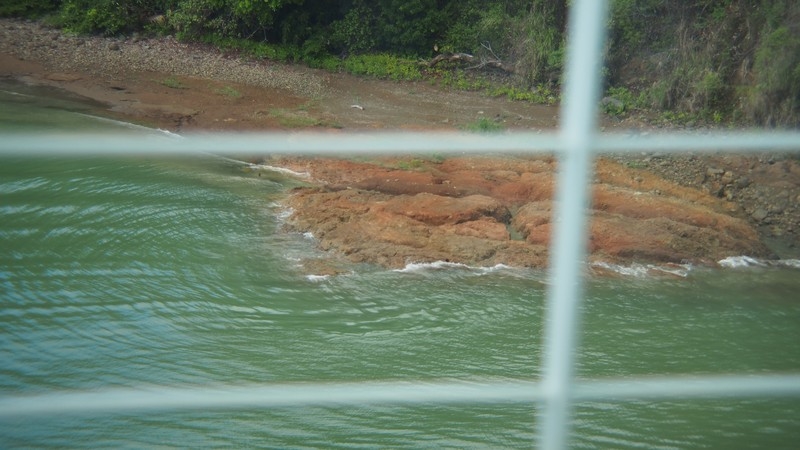 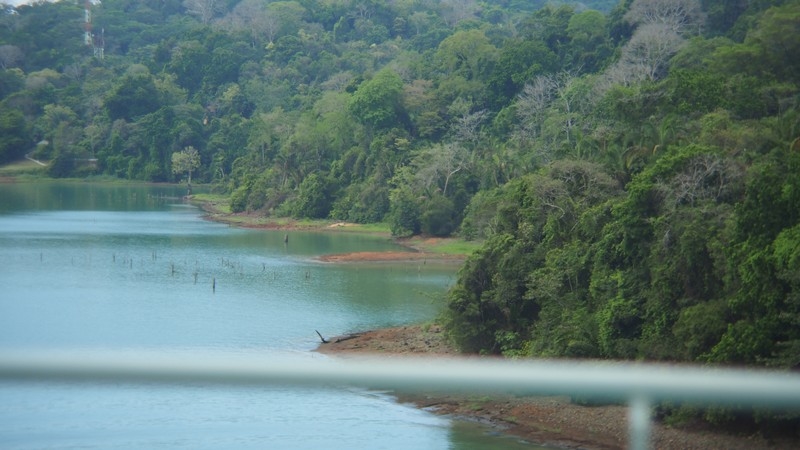 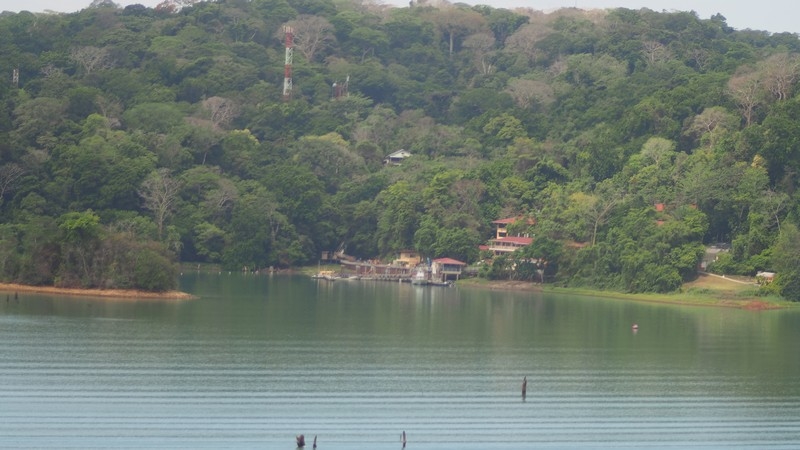